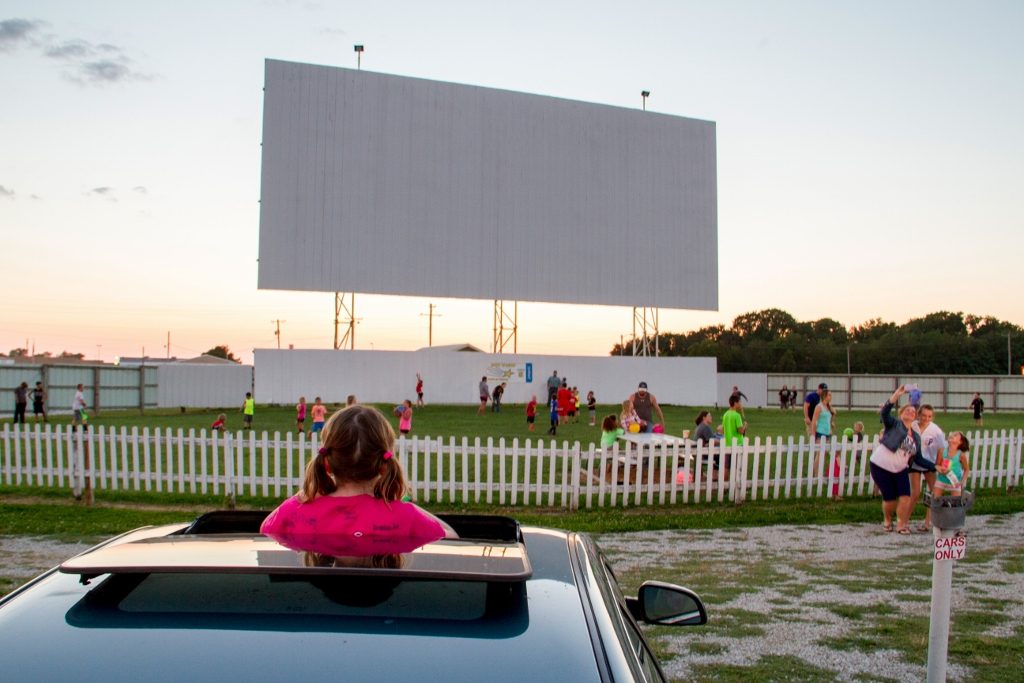 The Sky View Drive-In theater in Litchfield, IL celebrated it’s 66th year on Historic Route 66 in 2016.  It is the last originally operating drive-in on Historic Route 66 in Illinois, and one of only 4 in the nation.  The Sky View is in the Route 66 Hall of Fame and hosts a Wayside Exhibit at the front of the property.  This exhibit, placed by the Scenic Byway, tells stories of patrons and some history of the property.

The Sky View opened in the spring of 1950 and has been in seasonal operation since then.  The original owner/operator was Frisina Enterprises.  It was then sold to Mid America Theaters and then to Norman and Del Paul.  March 1st of 2016 the Sky View was purchased by Pastro Properties Inc, comprised of Mike, Debbie, Nick and Mindy Pastrovich.  The family will be taking a more hands on approach and is excited to be a part of both local and Route 66 history.

The theater will be in season operation from early April till mid October, weather permitting.